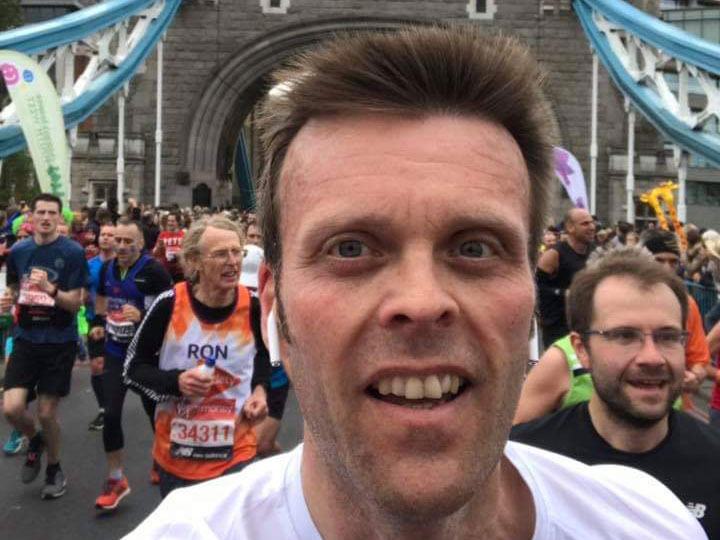 29 Apr Jon runs the Marathon for Open Door / the homeless

After training for several months, he completed the 26 mile run in just under four hours – a new best time for him.

So Jon was doubly pleased – running for a really worthwhile cause, but also accomplishing a major personal achievement.

He raised more than £3,750, and his employers have said they will match whatever he raises from other supporters.

Jon is still hoping for more donations, and this can be done using : uk.virginmoneygiving.com/JonathanFis

Jon said “I’ve run around 550 miles in training and managed to beat my best time – from my first marathon – with 3hrs 57 mins this year”.

“But at the end of the day the time is not very important – it’s all about supporting Open Door – a great local cause.”

Kerry Pollard, founder and chair of Open Door, said “We are very proud of Jon, his achievement and his total commitment.

The funds he has raised will be used to alleviate the plight rough sleepers here in St Albans.”